Smoke testing has a variety of applications that make it useful to city workers. As one of the most efficient and cost-effective methods for locating the source(s) of infiltration and inflow (i&i) within sewers, it is used fairly often when sewage issues are suspected.

Most cities employ a 2-3-man crew to use high-capacity blowers and force smoke down into city manholes. Under the pressure from the blower, the smoke travels through the sewer system and escapes through cracks, connections, defects, and other places along the way. And as a city worker, the tools you use to get the job done can make all the difference in whether or not you find the source of the problem. 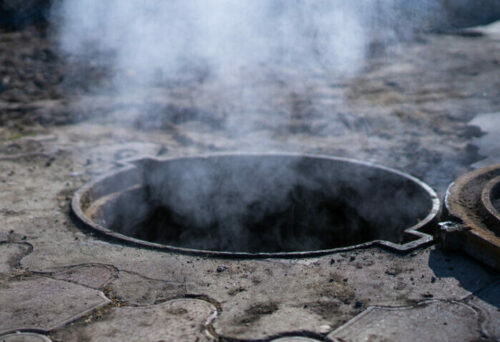 Having the right smoke testing equipment makes all the difference when it comes to municipal smoke testing. Especially when you are potentially inconveniencing residents in the process, it’s imperative to get the testing right the first time.

Below are some of the most important products to use for sewer smoke testing:

When performing municipal smoke testing in your city, it’s important to be as transparent as possible with the residents. Provide all residents with a pre-work notification a week before work starts. In areas where smoke testing will happen, residents should get a 24–48-hour notification.